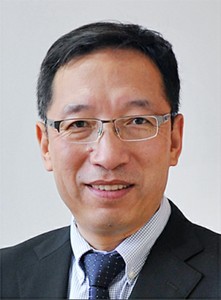 Jonathan Li is currently a Full Professor and Head of the Mobile Sensing and Geodata Science Lab, https://uwaterloo.ca/mobile-sensing/, at the Department of Geography and Environmental Management, Founding Member of the Interdisciplinary Centre on Climate Change (IC3), Member of the Water Institute, University of Waterloo, Canada.

His research interests lie mainly in the areas of mobile laser scanning of urban environments and SAR remote sensing of coastal and marine environments. As a NSERC (Natural Sciences and Engineering Research Council of Canada) rated researcher, he has successfully supervised over 40 Masters and PhD students to completion and has over 300 research publications, about 150 of which were published internationally in refereed journals, in particular, top-tier remote sensing journals such as RSE, IEEE-TGRS, ISPRS-JPRS, IEEE-JSTARS, IEEE-TITS, IEEE-GRSL, IJRS, PERS, and RSL. In the Google Scholar Citations (updated on 2 May 2016), his work in recent five years has received a total of 1796 citations, among which hi-index is 24 and i10-index is 52. He has been involved in organization and program committees of numerous international conferences, over a dozen of which were ISPRS-related events, in particular, biannual symposia of Mobile Mapping Technology (MMT) series (since 2003), Geoinformation for Disaster Management (Gi4DM) series (since 2005), Earth Observation of Global Change (EOGC) series (since 2009), Computer Vision in Remote Sensing (CVRS) series (since 2011).

He has been Chair of ISPRS Inter-commission Working Group V/Ia on Mobile Scanning and Imaging Systems (2012-2016), Chair of ICA Commission on Sensor-driven Mapping (2015-2019) and Chair of FIG WG 4.2 on Maritime and Marine Spatial Information Management (2015-2019). He is a regular reviewer for more than two dozens of prestigious international journals and serves on the review panel of the National Sciences and Engineering Research Council of Canada (NSERC), Canada Foundation for Innovation (CFI), Canadian International Development Agency (CIDA) and International Scientific and Technological Partnerships (ISTP) Canada as well as the funding agencies of Belgium, China, Finland, Germany, Georgia, Hong Kong and USA. 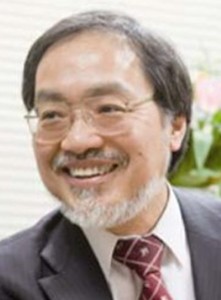 At present, he is a Professor of Department of Mechatronics Engineering, Meijo University, Japan. He was a Professor of Dept. of Micro and Nano System Engineering and Dept. of Mechano- Informatics and Systems, Nagoya University. He has been mainly engaging in the research fields of intelligent robotic system, micro and nano robotics, bio-robotic system, and technical diagnosis and error recovery system.

He was the President of IEEE Robotics and Automation Society (1998-1999), Director of the IEEE Division X, Systems and Control (2001-2002), and Region 10 Director-elect (2011-2012). He was the Founding General Chairman of IEEE International Conference on Intelligent Robots and Systems (IROS) held in Tokyo (1988). He was Founding Chair of the IEEE Workshop on System Integration International (SII, 2008).

Born in 1985. Graduated from the University of Tokyo Faculty of Medicine. Hirofumi studied 3DCG at “Digital Hollywood” (a professional school specializing in 3DCGlocated in Tokyo) during his second year at The School of Medicine, The University of Tokyo. After completing two-year medical internship at The University of Tokyo Hospital, he is now working as a scientific CG designer. He also studied for a short period at The Department of Art as Applied to Medicine, Johns Hopkins Medicine as a visiting student. With the knowledge and experience as a medical specialist, Hirofumi produces inimitable 3DCG works such as illustrations, animations and softwares that are both “fun” and “factual”. 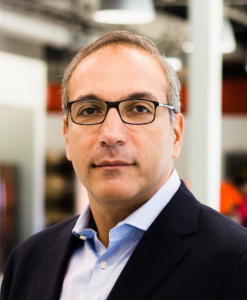 Dr. Fateh is currently the Founder and CEO of Kali Care a Silicon Valley company pioneering intelligent medication. He is also Founder of Eye Labs a “think tank” organization focusing on the next generation VR systems.

Before Kali Dr. Fateh was the Executive VP of Atheer Labs a leading Augmented reality company.

Prior to that he was the CEO of Neuroptical Labs an R&D organization developing VR systems and before that he was CEO of Vega Vista pioneering smart sensors now considered a standard feature in smartphones and VR systems.

Dr. Fateh was also the founder of a vision rehabilitation center for patients with visual impairment using VR systems. He was also part of one of the first surgical team that developed implantable sensor for the eye.

He is a start-up mentor and author and co-author of more than 80 patents.He graduated from University of Louis Pasteur, Ophthalmology and orthoptic School, and achieved HEC Business School executive program.